The history of food preservation is closely linked to human evolution, as it has been a fundamental practice for survival.

Have you ever stopped to think what proportion of the food that populates your pantry or refrigerator is fresh? How many have gone through a conservation process to prolong their life and preserve their nutrients?

What would it be, for example, of Italians without pasta or of Chinese without noodles? Many dry foods are so common that we are not aware of the techniques that make them readily available to us.

In the beginning, food from harvesting, hunting and fishing was consumed on site.

With the emergence of agriculture and livestock, there was a need to save part of the production, and this has been essential for survival during cold winters, prolonged droughts, epidemics and periods of scarcity or war.

Containers and methods of food preservation 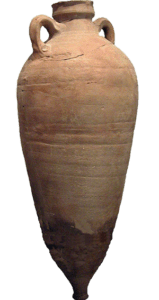 The rooms or vessels where food was stored in the past adaptation: barns to protect the grain of rodents in the Neolithic; ditches dug and covered to keep food away from animals; cave bottoms as colder areas where to store food, etc. Until the discovery of ceramics in approximately 6,500 a. C., leather skins were used for liquids and wooden containers or baskets for solid foods.

It is more than likely that the first conservation techniques (rudimentary) arose as a result of chance, observing that elements such as air, sun, salt, fire and ice produced various effects on food, prolonging their life.

The first news about salting and smoking techniques comes from the Egyptians.

We know that the Romans kept the wine in tightly closed amphorae. The towns on the shores of the Mediterranean dried vegetables and fish in the sun, and with their viscera they made canned food (the famous garum) that were kept in sealed amphorae.

And so, adaptation, observation and necessity has made possible today a tremendous variety of methods of which many are millenary. Tradition and innovation put at our fingertips dried, salted, cured, smoked, pickled, pickled, marinated, pickled, fermented, preserved with sugar or alcohol, bottled, canned, vacuum, frozen …

Long before the invention of the refrigerator, in the Victorian era, the rich were made to build stone rooms (heleras) that filled with ice brought by boat from the North, to preserve their food during the summer. But they were not the first: in Mesopotamia they used this technique 4,000 years before, and shortly after Egyptians, Greeks, Persians and Chinese.

Pickles became tremendously fashionable in sixteenth-century England: onions, eggs and nuts. The pickle par excellence is, however, the pickle. The English word “pickling” comes from the Indo-European root peik, which means “pointed.” This is how pickles know us, due to their high acid content. And this conservation technique works, basically, because microbes don’t like acid. 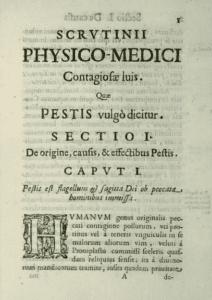 The greatest advances in the development of conservation techniques start in parallel to the invention of the first microscopes and the investigation of microorganisms. The German Jesuit scholar Atanasius Kircher, “the master of the 100 arts,” wrote 158 volumes about the most diverse subjects, which included, by the way, two important ones about music –Musurgia Universalis–, music therapy or the invention of the “piano of cats. ” He was the first to propose a microbiological theory about pests, blaming “small external organisms” for infections. And he did nothing less than in 1658 in his Scrutinium Physico-Medicum.

But the great revolution in food preservation occurs at the end of the 18th century in France, when Napoleon offers a prize to the one who managed to keep his troops’ food preserved for a long time. Nicolás Appert empirically discovers sterilization, a method by boiling food inside a closed container, these were kept unaltered for long periods of time, retaining all its characteristics of smell and taste. It thus becomes a supplier of the French navy, and publishes in 1810 L’art de conserver, pendant plusieurs années, toutes les substances animales et végétales.

The curious thing is that its success was interpreted as a result of the removal of air from the container and not from the microorganisms present. It was not until 1880 when Louis Pasteur definitively explained in a scientific way the basis of the method, making known the existence of said microorganisms that cause the alteration of food. Hence the “pasteurization”: a method by which toxic bacteria are eliminated by thermal processes (such as those of the species Clostridium botulinum).

The war and the canning industry

To feed the troops or the civilian population, preserves were the ideal product: they were easy to transport, very durable and of immediate consumption, from the can to the mouth without the need for a stove.

In Spain, various areas experienced for this reason a surprising industrial development:

GALICIA
In the Arousan region, the Civil War laid the foundations for the increase in the consumption of mollusks in the difficult period between 1930 and 1950. Fish in oil was an important source of protein and the authorities of the national side pampered the sector. + info
LA RIOJA
La Rioja became during the First World War in the barn of Europe. Peppers, peas, tomatoes, peaches were consumed in trenches and towns and cities at war … The boom modified the social structure of the province. + info

The technological advances of the 20th and 21st centuries

During the twentieth century the industry develops increasingly sophisticated machines in the fight against microorganisms and there are great advances in the conservation of all types of food.

New techniques such as freezing allow other modes of consumption, and galvanized tin containers, cheaper and easier to transport, compete with glass containers.

In the second half of the 20th century, a new industry develops: that of preservatives, food additives – chemical or natural – that stop the deterioration caused by bacteria, yeasts and molds. The food codex currently records more than 5,000 substances.

At the end of the 20th century, containers such as tetra-brik are discovered and plastic polymers, which coexist with traditional packaging, enter the scene.

The research and development of new techniques for irradiation of food or biotechnological manipulation of the 21st century take conservation possibilities to unsuspected limits.

However, the preparation and consumption of homemade and artisan canned food is currently in vogue against the contamination of food with additives, which often seeks maximum profitability at the expense of quality.